After weeks of preparation, we departed to China on Wednesday last week. Even though we felt well prepared with many good presentations, we went with mixed expectations, as it was the first time for all of us.
Arriving slightly delayed in Nanjing, the tournament started almost immediately for us with the opening ceremony. There, amongst other things, the 18 teams from 12 countries were asked to introduce themselves and their country in three minutes in an 'artistic' way, wich was graded by a jury. Our humorous slideshow combined with the distribution of some Swiss chocolate was well received and we placed only behind one of the local teams.

Early the next day, the tournament started for real with two science fights for all teams. In the morning, we went up against one of the Chinese teams and team Kazakhstan. Our hopes of starting well into the competition were fulfilled with our team winning the fight handily against the underwhelming Chinese and the even weaker Kazakhstani. Simran's report, Michael's opposition and Nadine's review got us together with the team's help a full 42.5 points, more than the two other teams combined. Only one other team managed to score higher that morning; The home-team "China-NFLS LaplaceWitches".

Round 2 in the afternoon looked like a much tougher fight, as we had to go up against the previous winners from Georgia (who placed 4th in the morning) and another Chinese team. But with a stellar round of 46.0 points we narrowly beat the Georgians and cut the deficit to the leading Chines more than in half.

On the next day an excursion to the Confucius temple was organised. However, in the morning we first visited the mausoleum of Dr. Sun, who has been an important figure in the history of Nanjing. For lunch we got the possibility to witness, that even American fast food chains are not everywhere the same. After another stop at a museum on the history of the region around Nanjing, we finally got to the Confucius temple. Dinner was served in a hotel nearby.

Day 3 offered two very special rounds: the round in the morning was reserved for the presentation on the 'Invent Yourself' problems. Our team beat yet another Chinese team and the Russians from Novosibirsk. Michael's review even got us our first highest possible single grade: a full 10!
The afternoon was even more interesting, with the teams getting challenged on previously unknown problems, having only 45 minutes to conduct experiments, gather theory, performing analysis and writing a presentation. But facing this incredibly hard task our team outperformed our expectations again and managed to pull ahead of the previously leading teams with a huge lead.

With the first rank after all preliminary rounds we secured the semi-final spot against Indonesia and team 'China-NFLS Unique'. With only strong teams qualifying for the semis, this might have been the end of the road, but with our best round yet, we won the round with a margin of over 12 points. 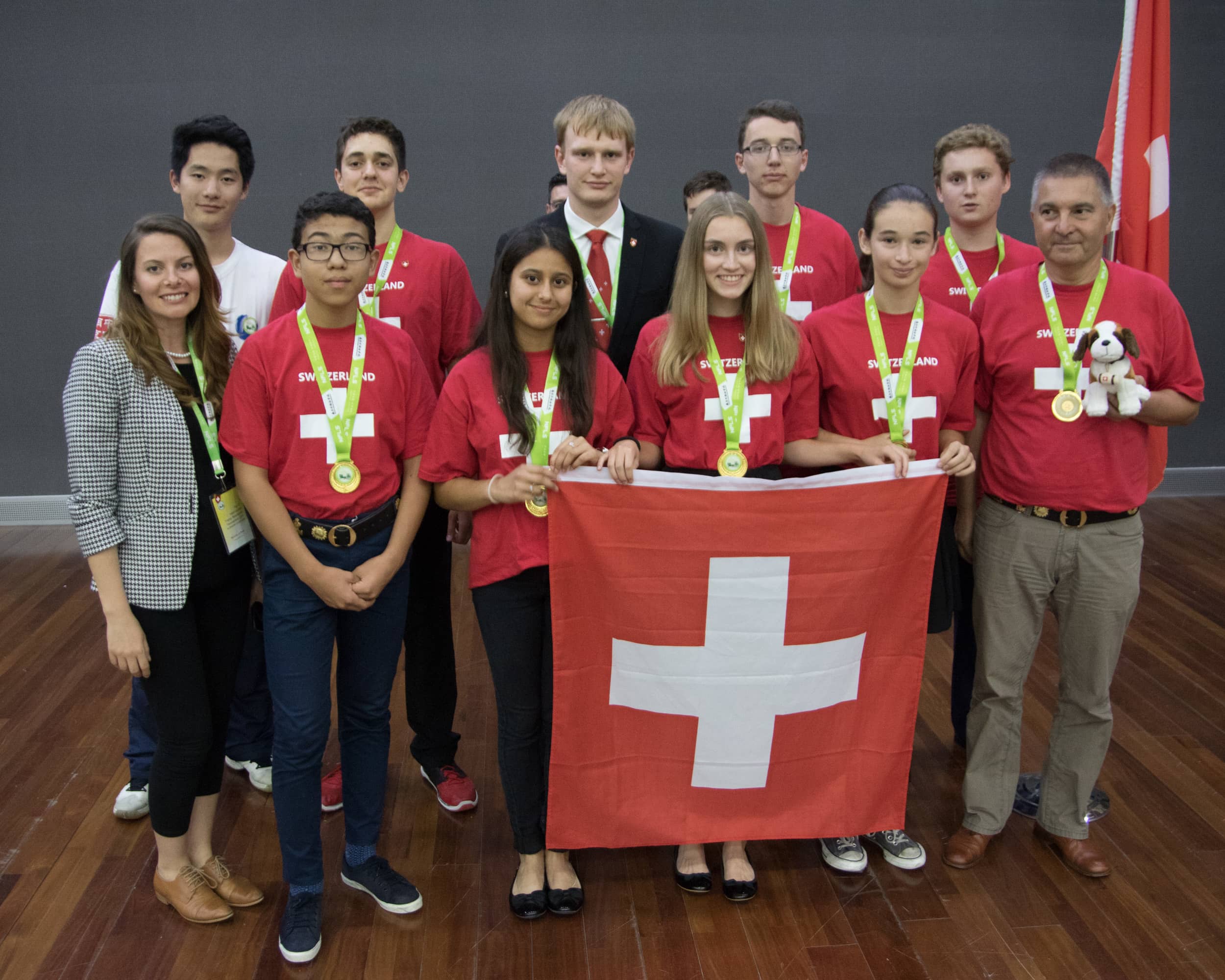 After another night of preparation, we faced the other two semi-final winners: Team New Zealand and 'LaplaceWitches' from China. In the first round, Simran reviewed a polarizing presentation on 'Allometry' by the Chinese team and managed to secure us a solid 7.6 points. Michael then opposed a strong Report by team New Zealand on 'Tonic Water under UV light', securing us another 14.9 points. The only thing left was our own report on the problem 'Timelapse', where we investigated the apparent stellar motion using time-lapse photography. Luca received a lot of points for his great presentation (22.1) , but in total we fell short of team New Zealand by just 1.2 points. While this was not enough to become the absolute winner of the tournament, the deficit was small enough that we were awarded gold medals and a '1. place certificate'.

We are all very proud of this incredible result our first time participants managed to achieve and hope to see many of them again next year at the SYNT or SYPT!